Marianne and Clara, two cousins, are reunited with their husbands in their late aunt's house to try to agree on the sale of her. And they have one goal in mind with the money they could raise, which is to open a new hair salon. Except that on this occasion, they quickly realize that they share more things than they thought ... And it is not the American couple Babeth and Bill who will calm their enthusiasm, them who came to the departure to reconnect with the missing aunt. Because the latter, who come straight from the United States, teach them the basics of free relations, very fashionable across the Atlantic. Between unbridled unions, exchanges and role-playing, what if that was the recipe for happiness? 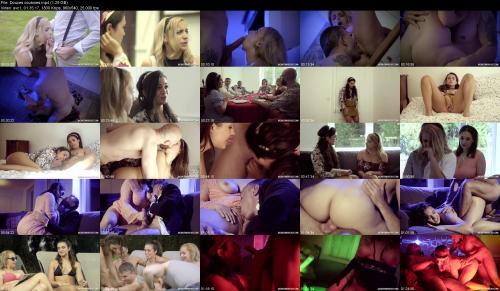